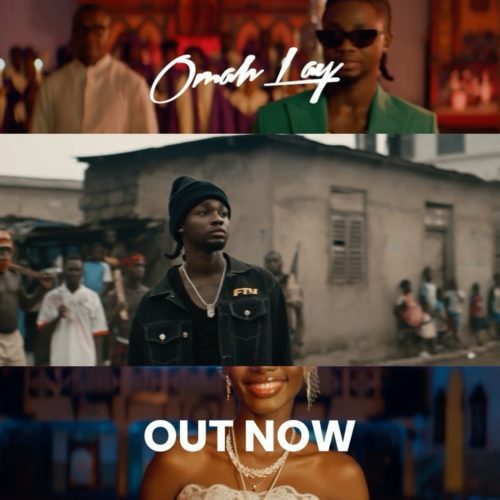 Understand Video Is Out Now, Watch Omah Lay Stunts In The Hood and Also As A Pilot.

Produced byÂ Tempoe, âUnderstandâ is an uptempo record with addictive lyrics and Vibe,Â Omah LayÂ delivers yet anotherÂ GodlyÂ Hit! This to whet fans and music listeners appetite while we await Omahâs album.

With his darkly sparkling vocals, evocative storytelling, and contagious rhythms, Omah Lay is becoming one of Nigeriaâs most talked-about musical innovators. Omah Layâs brand of Afro-fusion pulls from his deep history with West Africaâs percussion-heavy highlife genre, as well as his enthusiasm for the popular sounds of his generationâfrom U.S. rap, to the Afrobeats empire flourishing in his home base of Lagos.

Omah Layâs New single is intensely nostalgic. I mean, Heartbreak is a sensitive topic that many can relate to if they are being honestâ¦

With Understand, Omah Lay depicts the heartbreaking dynamic of being in love with someone who is out to get you heartbroken. The themes of the song center aroundÂ Heartbreak, Confusion, Love, Betrayal, Revenge,Â andÂ Pain. Omah Lay finds himself in deep reflection about romance, wondering why his beloved seems less invested in their relationship than him.

The first verse of the song involves Omah Lay describing how much pain the mystery lady caused him. He vividly described how he sacrificed precious things for the lady, but she ended up âbefriending his best friendâ.

Omah Lay visualized the storyline of his new single in the video. The short films comes with a lot of flashbacks and you need to pay extra attention to get the stroyline.

As Directed by Top Shotta for Fax Films, Watch and Enjoy Understand Video below