A woman who broke the Guinness World Record after giving birth to 10 babies has reportedly has gone missing.

This is according to her supposed baby daddy, Tebogo Tsotetsi.

Recall that Gosiame Thamara Sithole, 37, gave birth to her decuplets â two more than doctors had earlier detected during the medical scans â at a hospital in Pretoria.

However, in a new development Tebogo Tsotetsi says he no longer believes that his girlfriend gave birth to their children.

This is coming after the government and hospitals questioned the multiple birth. His suspicions grew and he has now concluded that the âdecupletsâ do not exist.

In a statement released on Tuesday, June 15, the supposed dad apologized for any âinconvenience and embarrassmentâ and noted that his family has âconcluded there are no decupletsâ. 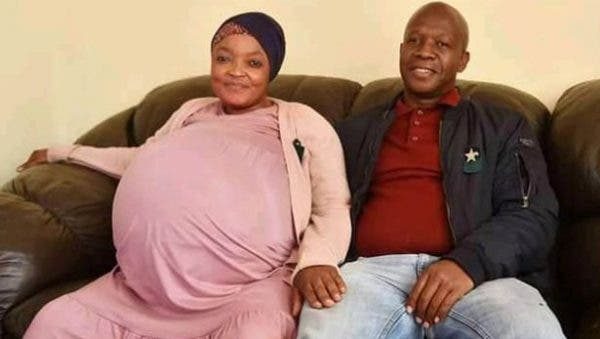 According to him, he made several attempts to visit his girlfriend and the babies but she has failed to disclose her whereabouts and the condition of their babies.

âWe realised that as messy as the situation was for the country, given the conflicting statements that have been coming out, itâs about time we put this thing to rest and work on the facts.

âThe whereabouts of the mother are still unknown. In terms of the pregnancy, the reality of it was that the mother was pregnant.â

News24 confirmed that a missing person case has been opened to locate the missing woman and bring her home safely.