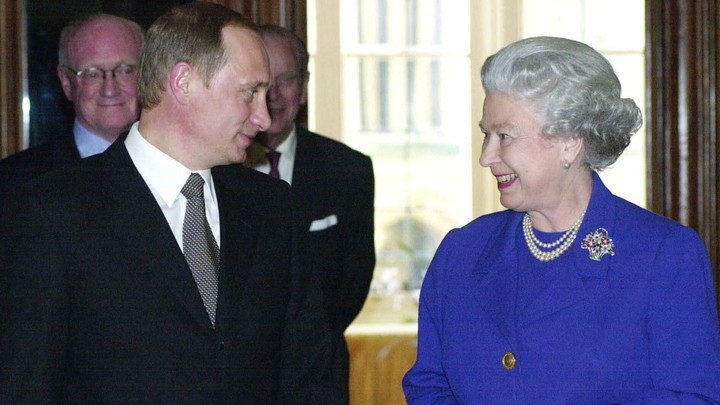 “The most important events of the United Kingdom’s recent history are inextricably bound with the name of Her Majesty. For many decades Elizabeth II rightfully enjoyed her subjects’ love and respect as well as authority on the world stage,” Putin said, according to a Kremlin statement.

The Kremlin said Friday that Putin is “not considering” attending her funeral.

Although “Russians respected her for her wisdom,” Kremlin spokesman Dmitry Peskov said, Putin’s attendance at the Queen’s funeral “is not being considered.”

Patriarch Kirill, the head of the Russian Orthodox Church, expressed his âdeepest sympathyâ over the Queen’s death in an official statement on Friday.

He said he recalled âwith great warmthâ her historic 1994 trip to Russia, when she visited Moscow and St. Petersburg hosted by the first Russian President Boris Yeltsin.

Less than a decade later, the Queen invited Putin to Britain, where she and Prince Philip hosted the Russian leader and his wife at Buckingham Palace in 2003.

Chinese leader Xi Jinping sent a message of condolence on Friday to King Charles III of the United Kingdom following the death of Queen Elizabeth II.

“On behalf of the Chinese government, the Chinese people and himself, Xi expressed deep condolences over the passing of Queen Elizabeth II, and extended sincere sympathies to the royal family, government and people of the UK,” Chinese state media CCTV reported.

According to state broadcaster CCTV, in his message Xi emphasized the importance of “the development of China-UK relations.”

“Taking advantage of the 50th anniversary of the establishment of ambassador-level diplomatic relations between China and the UK, I am willing to work with King Charles to promote the healthy and stable development of bilateral ties to benefit our two countries and two peoples,” CCTV reported Xi said.

In his message, Xi said, as the UK’s longest-reigning monarch, Queen Elizabeth won praise and admiration widely. She was the first British monarch to visit China and her death was a huge loss for the people of UK, he said, according to CCTV.

I cant leave my marriage due to infidelity- Actress Foluke Daramola