The Jamaican rapper held a show in Amsterdam, The Netherlands and recognised Burna Boy who showed up to support him. 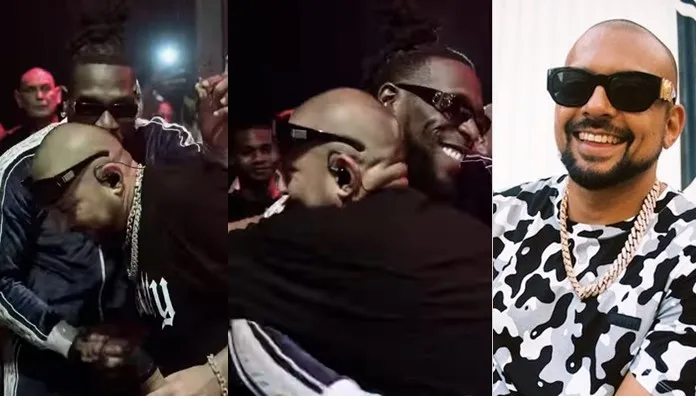 Burna also went along with his mother, Bose Ogulu and Sean Paul was very excited to see both of them.

A video from the eventful night captured the moment the âDangoteâ crooner was by the side of the stage with his mum when Sean who was performing sighted them.

The âTemperatureâ hit-maker approached Burna Boy and they hugged, after which the Nigerian singer introduced his mother to the rapper.

Sean also announced to his audience that Burna Boy came to his show and the crowd screamed at the top of their lungs when he came out to the centre of the stage and put on a little performance.

The self acclaimed African Giant then went back to the side lines to allow Sean Paul perform his songs to the hyper fans.

Sharing the clip on his Instagram page, Sean wrote; ââGeneral to general respec due @burnaboygramâ

Watch the video below: