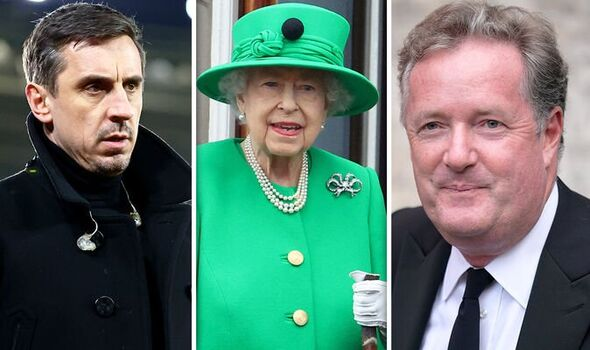 They kicked against the suspension of weekend football following the death of Queen Elizabeth II.

The football pundits asked that the Premier League and English Football League should go ahead this weekend.

Manchester United went on with their Europa League against Real Sociedad on Thursday, a few hours after the passing of the monarch and fans saw it as an avenue to pay their tributes.

And this is the view of Morgan and Nevile, who feel that match venues would present a chance for fans, teams and players to pay fitting tributes to the late monarch.

Premier League and EFL chiefs announced on Friday that all fixtures scheduled between September 9 and Monday, September 12 have been postponed.

âA) The Queen loved sport and B) It would be great to see/hear huge crowds singing the National Anthem in tribute to Her Majesty, as West Ham fans did so magnificently last night