The office of the Accountant General of the Federation has been accused by the Nigerian Senate of illegally withdrawing N665.8 billion from a special fund.

The legislators claim that after withdrawing the money from the Development of Natural Resources Fund and Stabilization Funds, the office went on to give it out as loans to various agencies. 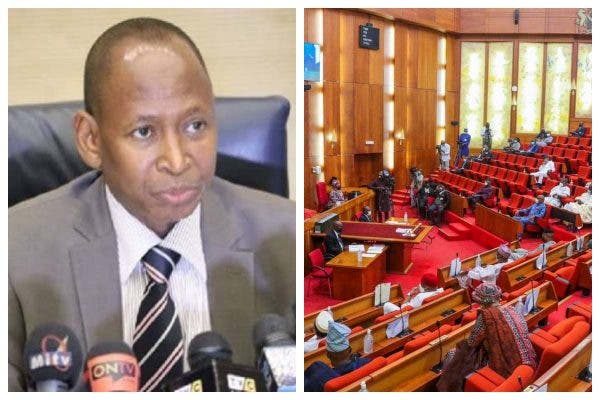 The strong claim was made in a report by the Senate Committee on Public Accounts on the Federation Account which has been investigating expenditures of federal government agencies from 2015-2018 based on an audit report by the Auditor-General for the Federation.

The funds were alleged to have been withdrawn between 2004 and 2015 contrary to the established objectives of the fund. Report of the panel’s six-month investigation on the Federation Account for the year 2015, was submitted before members of the red chamber went on their annual recess.

The Auditor General was quoted saying when responding to a query on depletion of Special Funds;

âAmount totaling N455.8 billion were withdrawn from Development of Natural Resources Fund as loans to various beneficiaries between 2004 and 2015, contrary to the established objectives of the fund.

âThe purpose of the Development of Natural Resources Fund is to provide financial resources to develop alternative mineral resources to oil and gas.

âAlso, various amounts totaling N210.3 billion were withdrawn from Stabilization Fund as loans to various beneficiaries, between 2004 and 2015 contrary to the established objectives of the fund.

âThe purpose of the Stabilization Fund is to provide for unforeseen contingencies and economic downturn and the beneficiaries are the 36 states and Federal Capital Territory (FCT). The stabilization fund belongs to three tiers of government.â

A breakdown of the beneficiaries of the funds showed that the entitlement of former President Goodluck Jonathan and Vice President, Namadi Sambo, which is about N1.5 billion, were paid on June 11, 2015, while the Independent National Electoral Commission (INEC) received about N20 billion from Development of Natural Resources Fund apart from the N17.9 billion it got from Brown Rice Levy, Comprehensive Import Supervision Scheme (CISS) Pool Levy and Rice Levy.

Accountant-General of the Federation has been directed to ensure a refund of the monies within 60 days.