A Nigerian couple have melted hearts after they chose to do their wedding despite the man being hospitalised. 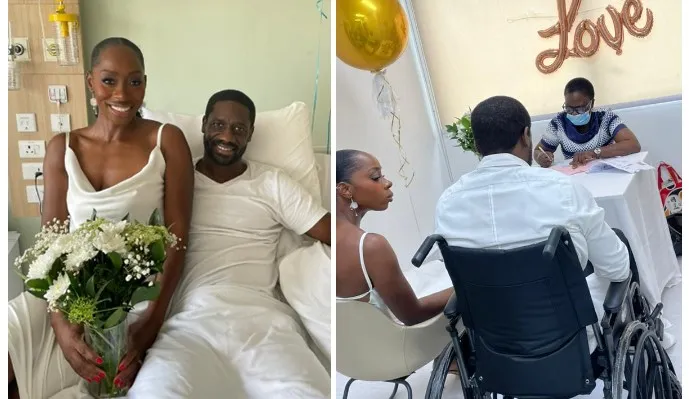 The lady visited her husband at the hospital and got married to him while he was still on his sick bed.

Their wedding held at Evercare hospital in Lekki area of Lagos state, and the management acknowledged that it was the first of its kind.

Evercare took to its Twitter page and shared photos of the couple being joined together in holy matrimony within the walls of its building.

In one of the images, the man could be seen on a bed while his wife sat with him while another showed him in a wheel chair with his woman beside him.

The tweet reads; âWe had our very FIRST Evercare wedding ❤❤❤❤

Congrats to the newly wed couple on this milestone event and we wish them eternal love and marital bliss.â