Former BBNaija housemate Tboss has slammed colleague Ka3na over her tattoo drama which allegedly led to the young girl being suicidal.

This week, Ka3na berated a fan who got a tattoo of her name on her thigh in the name of fan love, as she claims she doesnât support the girlâs actions. 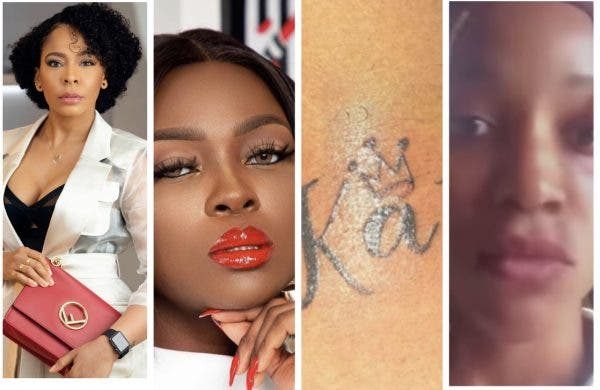 After her few minutes video which was shared on her Instagram page went viral, Ka3na received backlash from Nigerians for daring to condemn a young fan who drew her name on her body after asked had previously her fans to ink her on their body.

Many celebrities had since shared their opinion on the tattoo saga. Reacting to the story, Tboss advised fans to be careful of celebrities who they choose as their role model.

She also advised fans not to let any celebrities deceive and mislead them because all that glitters arenât gold. 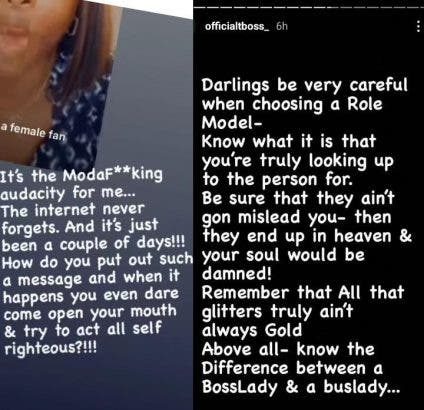