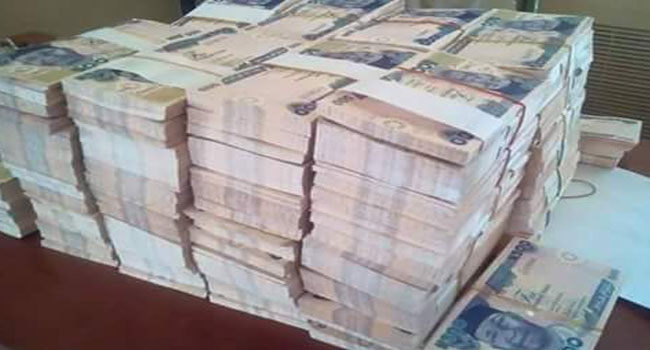 Sources put the amount stolen at N31 m, although Governor Aminu Masariâs Director General on New media, Al-Amin Isah, said he did not know the amount.

It was also learnt that the theft occurred on Sunday night during rainfall.

Isah told journalists â Those suspected to be involved have been arrested by the police. Investigation has already commenced. But, I donât know the amount alleged to have been stolen.â

Insiders further revealed that the image of a man who stole the money was captured by the Closed Circuit Camera installed at the Financial Controllerâs office at the Governorâs office.

One of the sources revealed, âThe thief was seen on the CCTV at the Financial Controller office. He entered the office through the window. He was also seen leaving the office with a large sack which he kept the money inside.â

Attempts for comments or clarification from the spokesman for the Katsina police command, SP Gambo Isah, were unsuccessful.

The spokesman did not pick up his calls, and he was yet to respond to the SMS sent to him on the incident as of press time.

PUNCH recalls that a civil servant in the state had last month lost N61 million in a daylight robbery that occurred within katsina town.

The police command said then that there was a âconspiracy theoryâ in the incident.