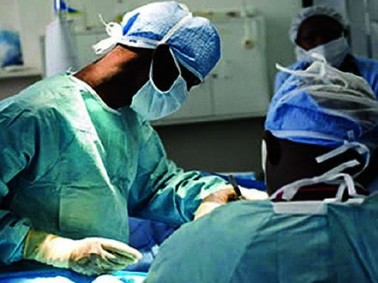 The doctors under the auspices of the National Association of Resident Doctors (NARD) on Thursday suspended their 10-day nationwide strike.

The doctors on Monday, September 4, embarked on an indefinite strike to protest poor welfare of members and demand improved conditions of service.

The association had on September 6 laid out terms of settlement with the federal government after the two parties met to resolve the crisis.

The doctors are protesting the sack of some of their colleagues, non-payment of “skipping” entitlement, non-inclusion in the IPPIS platform and non-payment of their salary arrears.

However, the national executive council (NEC) of NARD took the decision at its meeting in Abuja on Wednesday night to appraise the implementation of its agreement with the government.

The chairman of NARD UCH chapter, Segun Olaopa, said: “the decision was reached following appeals from the public that the doctors should give the federal government more time to meet their demands”.

The National President of the association, Dr. John Onyebueze, who announced the suspension in a statement in the early hours of today, said doctors decided to suspend the strike after considering efforts made by government in addressing their demands.

He therefore directed all doctors to go back to work with effect from 8.00am on Friday, September 15, 2017.

The statement reads: “After due consideration of the efforts by Government and progress made in addressing the items on the notice of our ultimatum, and strike, as well as implementing the contents of the re-negotiated MTS, NARD resolved to suspend her 10 days strike, and to reassess situation in two weeks at our AGM in Abuja.”