A Nigerian man simply known as Ukeme has recounted the time he rejected the advances of a lady who was in a relationship with a customs officer and it almost got him into a mess he could not escape from. 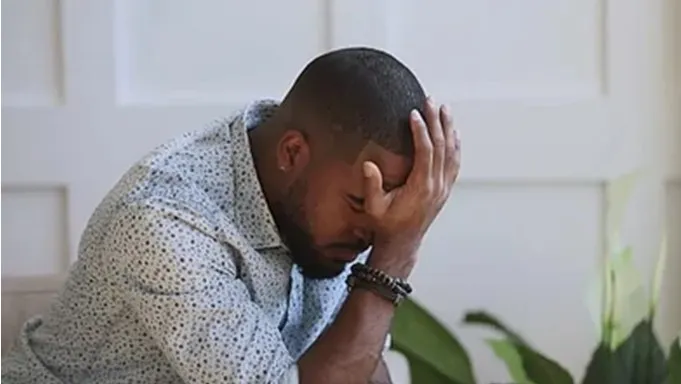 He said that he and the woman were friends and she gave him âgreen lightâ but he turned her down because he was aware that she is dating a senior customs officer whom he was also friends with.

Ukeme noted that when he refused to give in to her advances, the lady became upset and decided to teach him a lesson.

The man said that she reported to her boyfriend and claimed that he was asking her out, which is when problem started for him.

In his words; âI wanted to share a story here on how a lady who was involved with a senior officer I used to know, met me on one of my trips, gave me green lights but wen I didnât dance to her music, she felt i will open up & decided to lie against me. The man threatened to deal wit me & he did

I used to know a senior customs officer who was the head of a strike force team at ijebu Ode, Benin and Seme border. He used to come around to my former neighborhood & also hang out & we do drink together wit other personalities.

There was a young lady i knew then who lived in our neighborhood & there was rumor going around that he was involved with her but i didnât believe until he later confirmed same that sheâs his small baby & he has invested there since when she was in secondary school.

I traveled home one time & on my way back to Lagos,â¦â¦we branched umunede(for those that knows) to eat. I initially wanted to eat but when i saw the queue, i decided to change my mind. I bought Suya & 1759 instead but as I was about paying, someone used their hands to cover my eyes. When i checked, it was the young lady in question with so much excitement What are u doing here, she asked & i also asked same? She said sheâs going back to Lagos from school & I told her same.

So we gisted a bit while eating & wen done, i wished her a safe trip & i moved. That evening, i saw her again bcos I entered Lagos that day by 5pm while they arrived by past 6pm according to her. So she gave me her number & that was it. I never nursed any interest in her anyway but just the normal exchanges until she started displaying all the lights & proposing hanging out which i didnât oblige her. So to cut the story short, info got to the man that Iâm hanging out with his baby & that was how she then changed the story that I was the one disturbing her.

The man drove to the neighborhood, called me & told me where to meet him, called the lady out & when she arrived, asked her to repeat wat she said. This lady denied everything & said Iâm the one disturbing her, that i even asked we meet in a hotel, etc. I was completely shocked 😲. Others we do hang out together said no wonder that they were wondering how sheâll be the one to come disturb me. He brought out his Pistol & said if it was another, heâll shoot me now. That donât i know sheâs his baby? That he has been investing there & i want to chop where heâs chopping? So to make peace reign, i apologized for the mix up but he still said he must deal with me.

I bought a car for an Irish priest from Cotonou & was to deliver the car personally to him in Uyo so i drove on my own. On getting to ijebu ode, i branched to greet him normally bcos he was on duty. We greeted & he offered me beer, but I told him Iâm driving that Malt is fine which he gave me. After which he told me to drive safe. Unknown to me, he had radioed Ofosu command & gave details of the vehicle that they should intercept the vehicle. They waited for me & immediately i got to that point, they came out in their numbers. They asked for the customs papers & the next thing was my papers were fake and they impounded the vehicle.

I started making calls and then called him, he acted very well that how come & all. He told me to remain calm that the vehicle will released. I slept at Ofosu in the bush there for 2 nights & the 3rd day they took vehicle Benin office. I paid #150,000 after much bargain to release the vehicle.

The man that collected the cash from me was the one that told me that he was the one that is responsible for the act and asked if i offended..him and that was how i got to know he masterminded everything. So i left & continued my journey.â