A married man has been left heartbroken after discovering that his wife cheated with nine different men.

According to the man, the wife is a nurse.

He stated that he became suspicious after his wife began giving excuses anytime he wanted to fulfil his conjugal rights.

âWell my story goes like this. I got married to my wife in 2013, and she is a nurse. I am a civil servant working with the federal government. Things were rosy for a while and sometime in 2017, she got nursing, and she left for school, while in school, our communication became less and to be honest, I contributed to it, I was over busy at work and she was always trying to get my attention, which became somewhat difficult. I wasnât cheating at all physically with any lady, but I was chatting with some ladies online. Somehow my wife found out about them, for some she confronted them headlong but without my knowledge and at and at a point, it it degenerated into an argument, but we sorted that out and I apologized.

During those times, our sxx life was really down, and on God, I couldnât explain why. Sometimes I will come back from the office super tired and I will try to make love to my wife but the erection wouldnât be there. It became yet another issue, cos she thought I was having sxx elsewhere that is why she has become undesirable to me, but God is my witness, I wasnât. I tried all my best to convince her, well she either sounded convinced or she just wanted the issue to slide. She graduated mid 2018 and we reunited.â 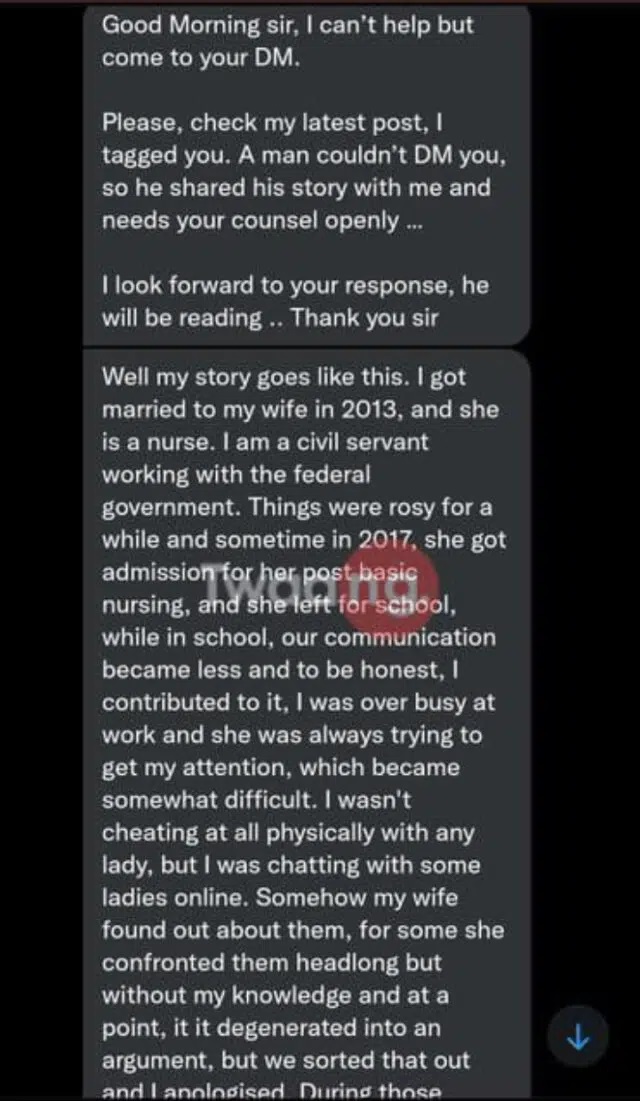 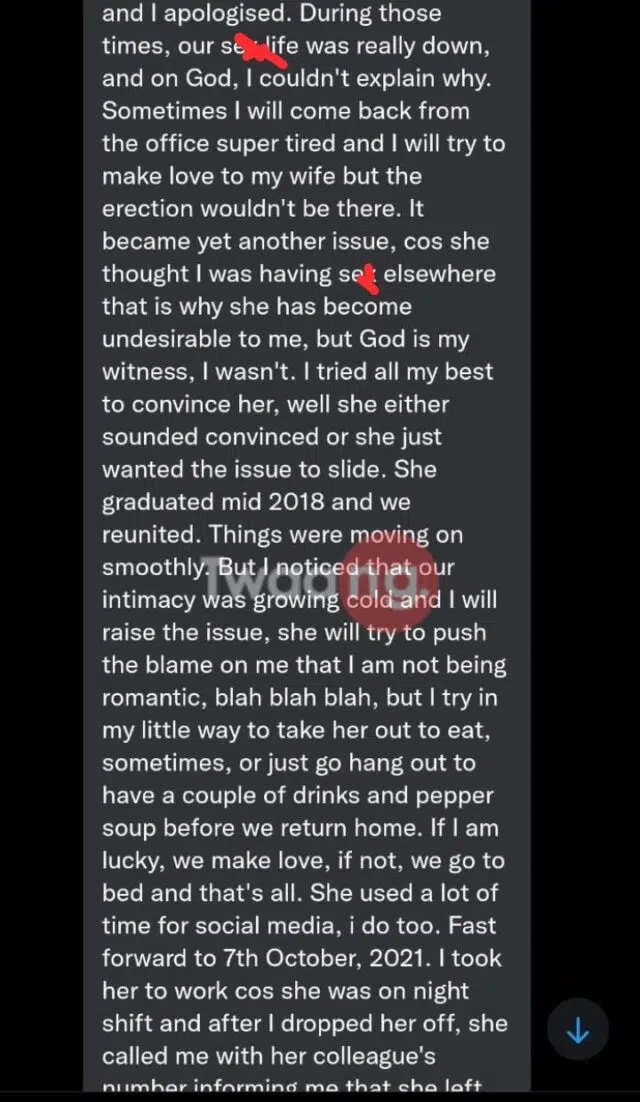 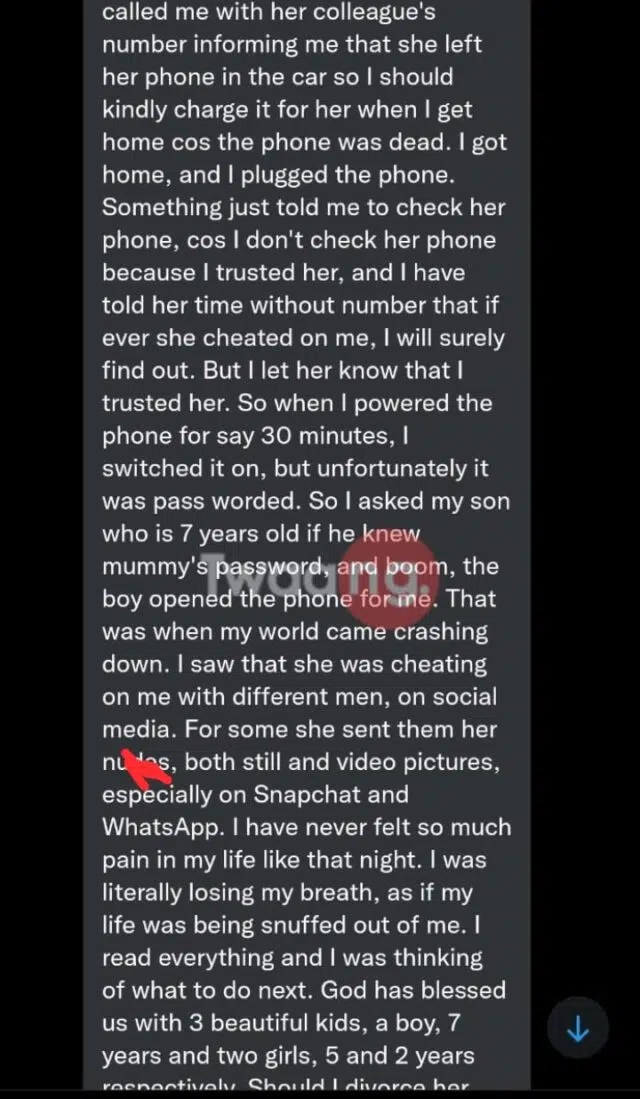 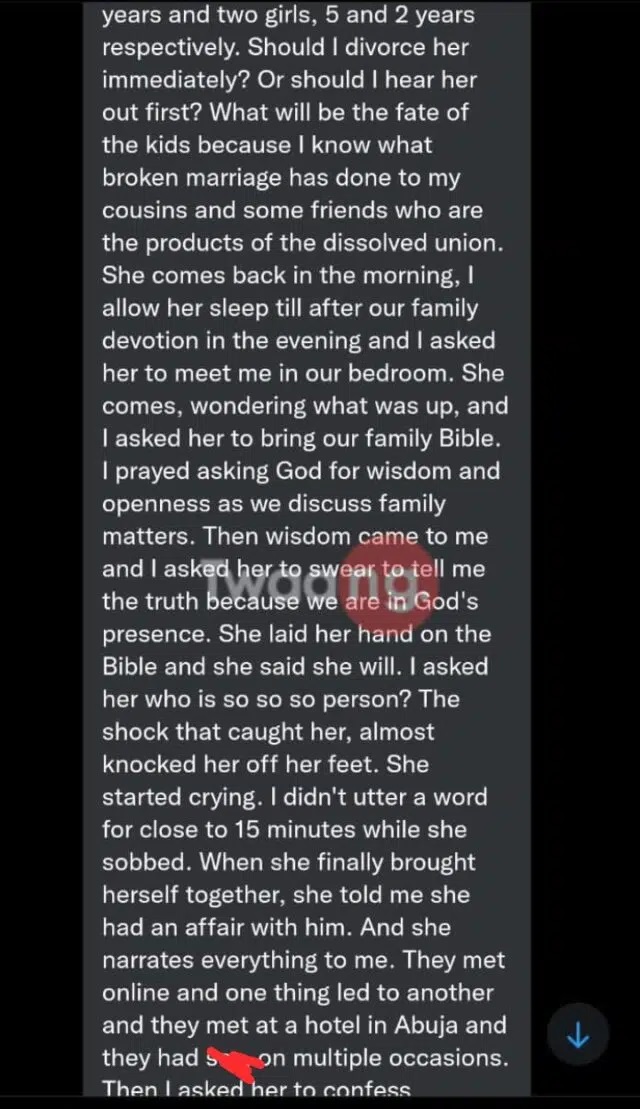 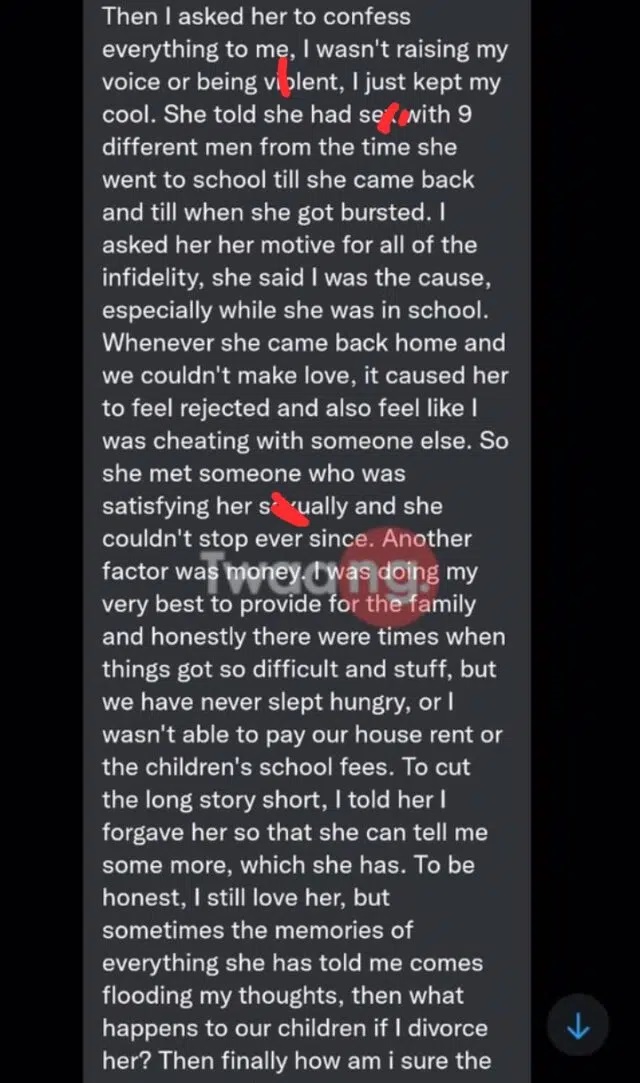 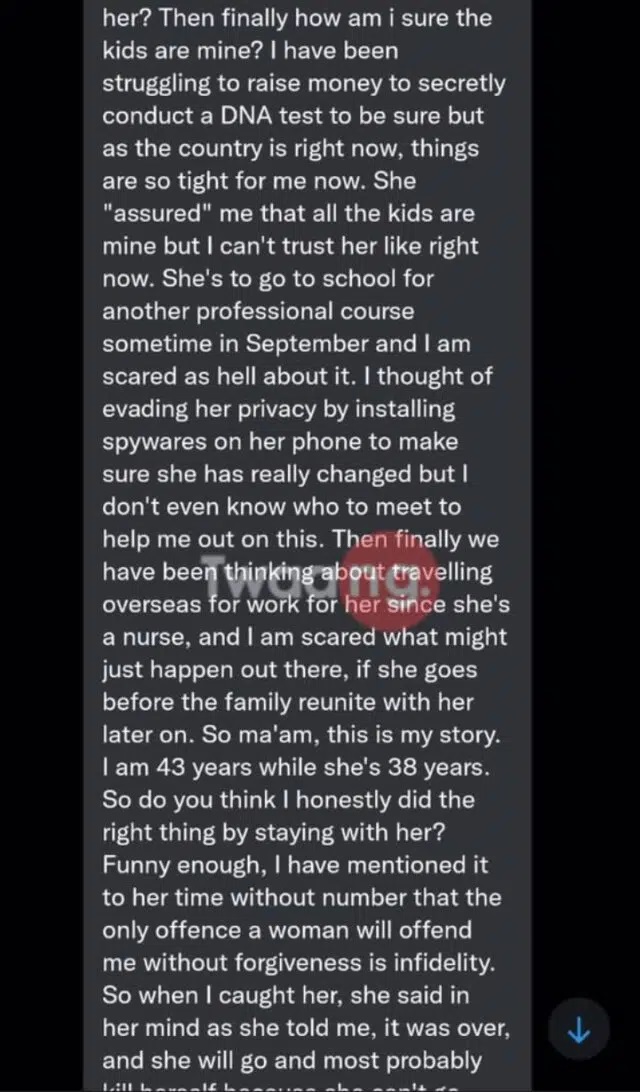 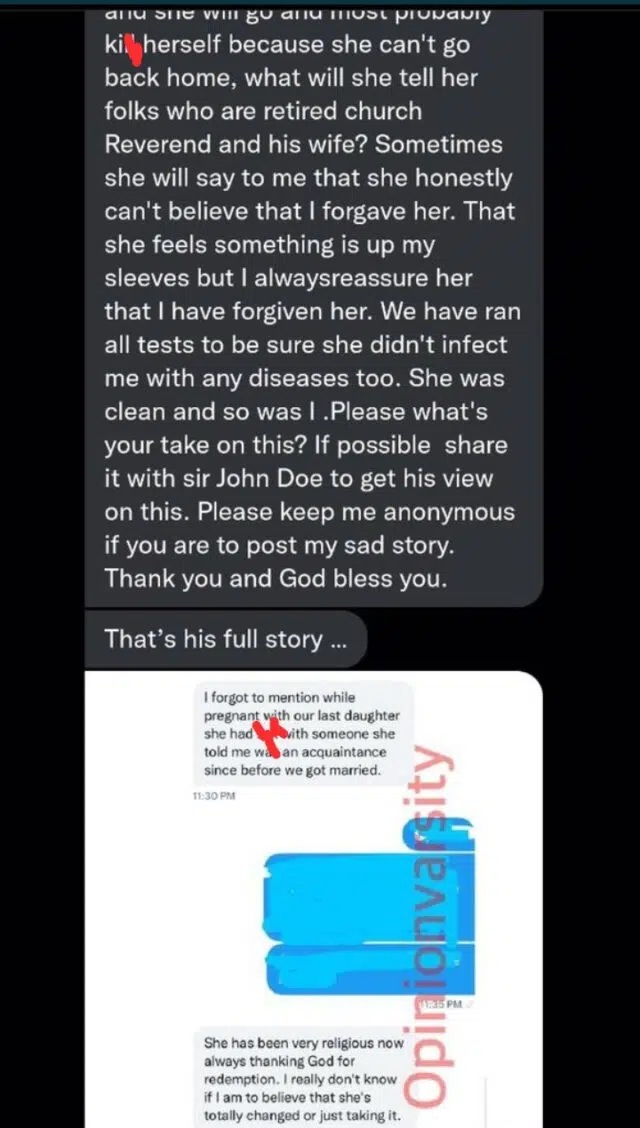 "We are fighting to defend our people, not to kill them" - Nnamdi Kanu calls for peace