Governor Nasir El-Rufai of Kaduna state has informed President Buhari that terrorists are consolidating their grip on communities in the state with a âparallelâ government and âpermanent operational baseâ. 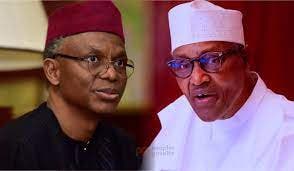 He raised the alarm in the memo which was sent to the President in late July.

Gov El-Rufai reportedly stated that terrorists have infiltrated and dominated communities and formed âa parallel governing authority,â exercising control over social and economic activities and dispensation of justice in the area.

âObserved movement patterns and intercepted communications of migrating terrorists have shown a clear interest in setting up a base, with the stretches of forest area between Kaduna and Niger states strongly considered,â he wrote.

âThe insurgents enacted a law in the District, banning all forms of political activity or campaign ahead of the 2023 elections, especially in Madobiya and Kazage villages,â the governor’s memo read