Disc Jockey, Florence Otedola popularly known as DJ Cuppy Â has flaunted the expensive Bulgari wristwatch she got as a gift from her new man on their date night.

The billionaire daughter in a post shared on her Instagram story, she revealed she was going out on a date as she shared a photo with the caption âDate Nightâ. 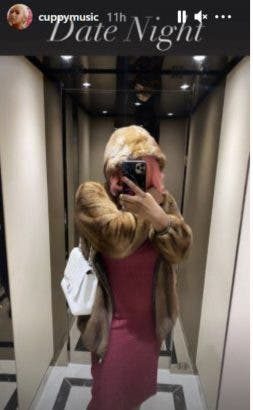 Cuppy later shared another photo of an expensive Bulgari wristwatch she was wearing on her wrist as she reveals she got it from her date. She wrote; 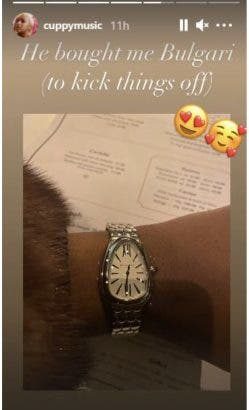 Meanwhile, her bought got lots of mixed reactions as many if her fans asked her why she needed gifts since her dad is a billionaire.

Others were amazed that a billionaire daughter till accepts gushes about gifts from men since she can get it herself.

See some of the reactions below.