Some corps members of the National Youth Service Scheme (NYSC) have reportedly staged a protest in the Ikeja area of the state after a thief allegedly stole a corp member’s phone.

The protest reportedly lasted over an hour. 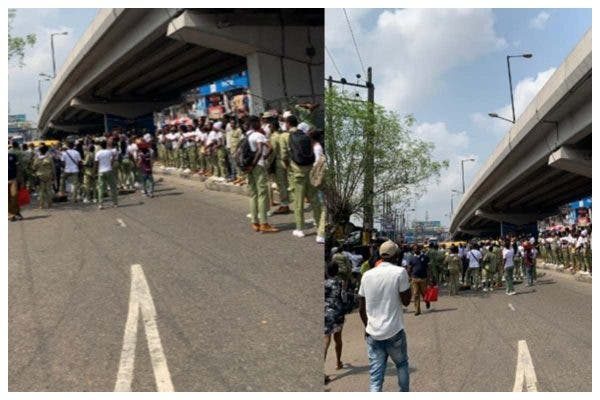 According to reports the victim visited the National Union of Road Transport Workers, NURTW in Lagos and someone stole his phone in their office.

The thief was caught but rather than being made to return the phone, it was said that NURTW officials protected the person because he was a staff a staff of the association.

The serving corps members in the state then took to the streets and blocked Ikeja road, insisting that the suspect be produced and handed over to the police.

As at the time of filing the report, it wasnât immediately clear if the phone had been returned or if the culprit had been handed over to security personnel.