Skitmaker Carter Efe has shared receipts to prove that the song âMachalaâ originally belongs to him after Berri Tiga came out to claim that he wrote the song and he took it from him. 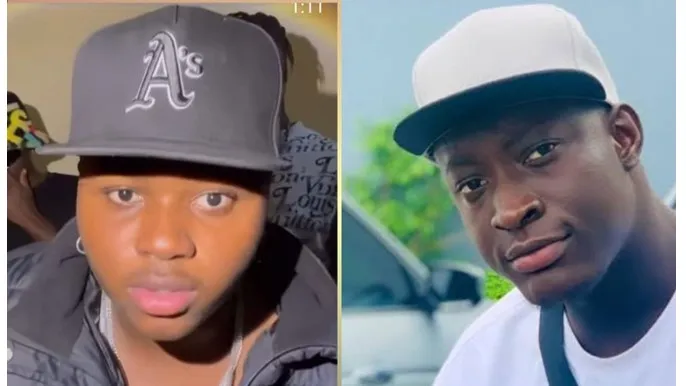 The song âMachalaâ made the numbers after Carter Efe released it and it got removed from the streaming platform, then Berri Tiga came out to claim that the song was originally written by him and Carter Efe stole it to pass it as his own.

Carter Efe however reacted to the claims as he shares receipts to prove that he is the sole owner of the song and also shared his chat with Berri Tiga to show the first time he visited, he had âMachalaâ so thereâs no way he could be the owner of the song.

According to Carter Efe, even HotKid had a verse on the song but he asked the producer to remove his verse because Berri Tiga told him he was going to take the shine and now heâs claiming to be the writer of the song on Instagram when he knows itâs not true. 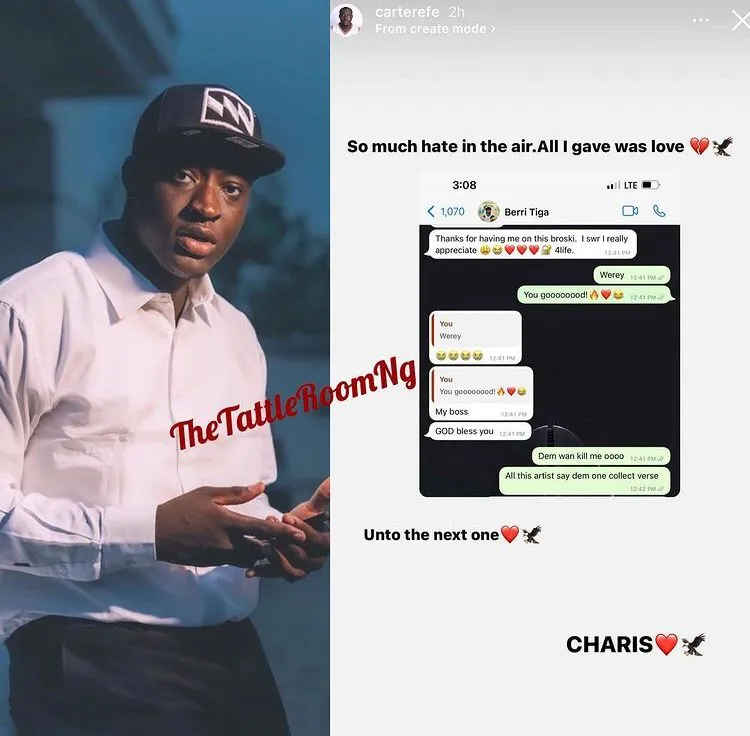