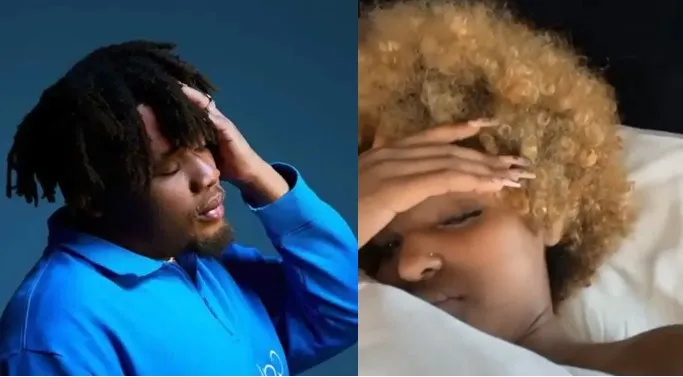 A Swedish lady alleged to be his girlfriend leaked a bedroom video of herself together with the musician.

According to unconfirmed reports, she got pregnant for him and tried to come public with their relationship but he made attempts to silence her.

She then leaked a video on social media, which showed BNXN without any clothes on while she was on the bed.

The lady deleted the video but a Twitter user known as Junio Vawulence reposted a part of the clip which captured only the artiste.

The girlfriend later posted another one which captured BNXN after he had worn his clothes and she showed her face.

See the clip below: