Nollywood actress Rosy Meurer has shared photo of herself dressing her husband, Olakunle Churchill, on her Instagram page.

The couple after who they announced they were married have remind a controversial topic in Nigeria as many social media users accused Rosy of being a husband snatcher. 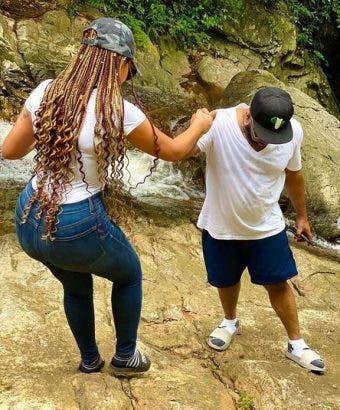 Recall that Rosy in an official statement release on social media, denied accusations and speculations about her and Churchill, who was formerly married to actress Tonto Dikeh.

The couple have been giving us some public display of affection lately, as Rosy Meurer shared photo of herself dressing her husband Churchill, while calling herself as âbaeâs personal stylist” 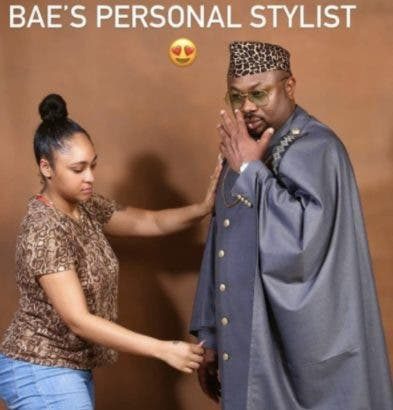