A former chairman of the defunct Pension Reformed Task Team, Abdulrasheed Maina, collapsed in the dock during the resumed hearing in his N2bn money laundering trial at the Federal High Court in Abuja earlier today. 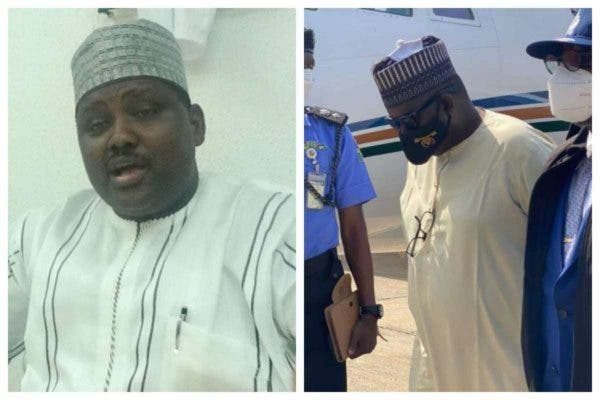 Today’s sitting was scheduled for the hearing of his no-case submission, following the close of the prosecutionâs case with nine witnesses earlier on Wednesday December 9.

His lawyer, Anayo Adibe, was briefing the judge, Justice Okon Abang, that his team had yet to receive the records of proceedings requested from the courtâs registry when Maina suddenly slumped.

Prison officials immediately rushed towards him to resuscitate him and get him proper medical care.

Maina had yesterday said he has no case to answer in the belief that the EFCC failed to make a prima facie case warranting him to put up a defence, would file a no-case submission for the dismissal of the charges.

Mainaâs lawyer, Anayo Adibe, noted that there was no provision in the Administration of Criminal Justice Act 2015 stipulating the procedure for the filing of the no-case submission.