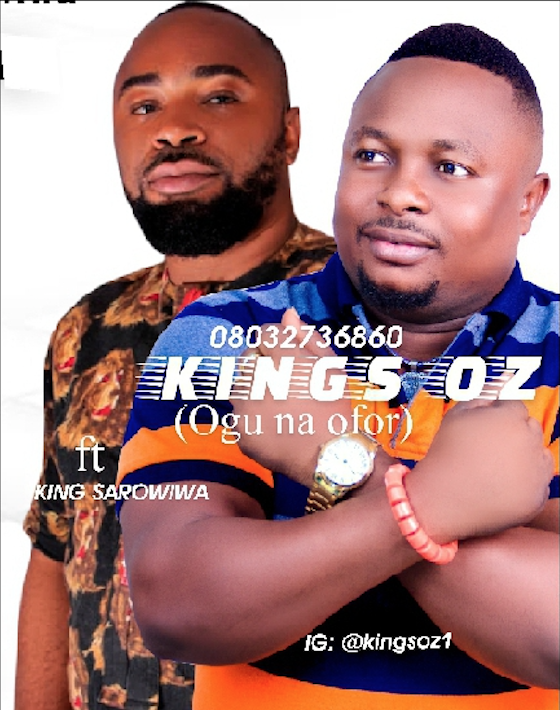 KINGS OZ is joined again by his music bestie, King Sarowiwa on the new melodious tune.

“Ogu na Ofor” is a hit song with amazing groove that you will love to play and put on repeat.

THE PROFILE OF KINGS OZ

Due to his intelligence, KINGS gained his admission at Usman Danfodio University, Sokoto state. Also due to his enthusiasm towards music, KINGS OZ, went back to his music career till date.

The little KINGSLEY started his music career from Abosso Apostolic Faith church Umuchieze, where he was a chorister and a musical band leader. OZ later became the leader of Assemblies of God Church Choristers in Sokoto, after he left his home town for Sokoto state.

In 2009, KINGS OZ joined Ultimate Band Group Sokoto, there he plays many kinds of musical instruments, such as PIANO, DRUMS, LEAD-GUITAR, BASS GUITAR, etc. But due to his enthusiasm in his chosen career, KINGS OZ formed his own group for musical learners and entertainment shows, called KINGS OZ MUSIC TRAINING WORLD ENTERTAINMENT, now.