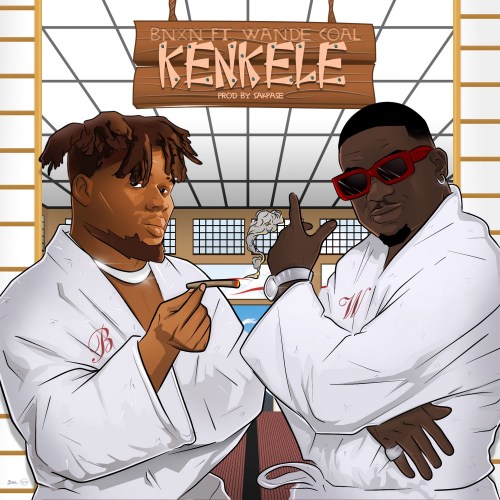 Fast rising Afro-fusion star, Buju BNXN makes a return to the music scene with “Kenkele“, he recruits the services of Wande Coal to deliver this melodious song which serves as a follow up to his previously released singles; ‘For Days’ and ‘Kilometer Remix’ (featuring Zinoleesky).

BNXN is a fast rising star in afrobeats scene and he has been given his beloved fans hit after hit. He has made appearances alongside heavy hitters like Zlatan (âSpiritualâ), Wizkid (âMoodâ), LADIPOE (âFeelingâ), Blaqbonez with Amaarae (âBlingâ), and Savage (âConfidentâ). The debut EP, Sorry Iâm Late sees Buju fully unleash himself as a solo act.

The singles; FOR DAYSÂ is a mid-tempo love song produced byÂ Sakpase, Kilometer Remix on the other hand is an Amapiano record produced by RexxieÂ andÂ Zinoleesky dropped a lovely melody to an amazing beat.

BNXN’s new song “KENKELE” is off from his forthcoming EP, ‘Bad Since ’97’. It’s a mid tempo jam produced by: Sakpase & Stone, Mixed and Mastered by @whereisdro. Pure Vibes!!!

The song is available on Digital stores – GET HERE