Nigerian singer and songwriter, Timi Dakolo has taken to his Instagram account to shower praises on his son whom he tagged as a multi-talented kid.

The singer lavished his son with praises as he listed the awesome things his son is good at. He further acknowledged that his son is gradually taking after him.

This post was triggered by the fact that Timi was thrilled that his son Alexander Dakolo has harnessed another of his talent. Timi revealed that his son sang so well with a melodious voice while creaming his body today. 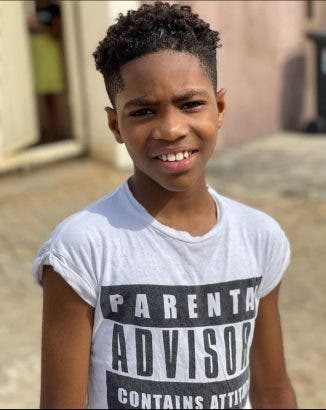 Hereâs what he wrote;

âMy people, I just came here to tell you guys that my son @alexanderdakolo can actually sing. I heard him singing while creaming his body and he was holding a note and dissecting the melody this morning.

And he loves football so much and he knows the game. He can tell u things like why a 4 3 3 formation will not work against man city and he thinks He would bench Pepe and play martinelli etc.. and that PSG should get a 10 like Modric and he is just 10 years old. And of course he beats me silly in ps 5 these days. My people, My joy is full this morning. The chairman of the yard. #theyardpeople #thechorusleader,â he wrote.