Comedian, Michael Blackson has taken to Instagram to lament about the state of Africa, particularly the cost of living. 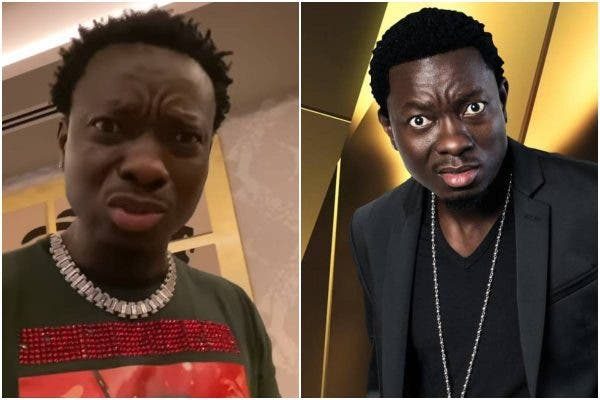 The American actor, who is originally from Ghana, said that too many things are wrong in Africa and we all need to come together to fix it.

He said the average income in Ghana is so low, yet houses in Ghana cost more than houses in Atlanta.

He added that there are no middle class in Africa, only the rich and poor.

He also complained about how African leaders go into leadership positions and become rich. He said the richest people in Africa are those in government but this isn’t the case in America.

See what he wrote below;

One thing I can say about the westerners they are givers and givers get blessed by God, our African leaders need to stop being selfish and we will also get blessed

What I love best about Africa is we are not in no rush, we wake up when we want and go to sleep when we want. We usually 2 hrs late to our meetings because the neega we meeting with will be late too.

Africa has no middle class, you either rich or broke as sheet.

What we need most is Education, HealthCare, Jobs and affordable housing for the less fortunate

Too many things are wrong in my continent and we all need to come together and fix this.

To be a leader of any country you have to be selfless, you have to care about the women and kids on the streets begging for money as if they are your family.

If the average income is less than $200 a month donât try to charge me $200 to drive me around for the day because you think I have money.

Houses in Ghana costs more than Atlanta but average income is less than what a crackhead gets on the street.

Iâm so confused with whatâs going on in west Africa, if the average income is $100-$200 a month why arenât there affordable homes with mortgages ranging from $25-$50 a month?

Iâm so confused with whatâs going on in west Africa, if the average income is $100-$200 a month why arenât there affordable homes with mortgages ranging from $25-$50 a month?